Dj Nose it at Kidmenace Studio 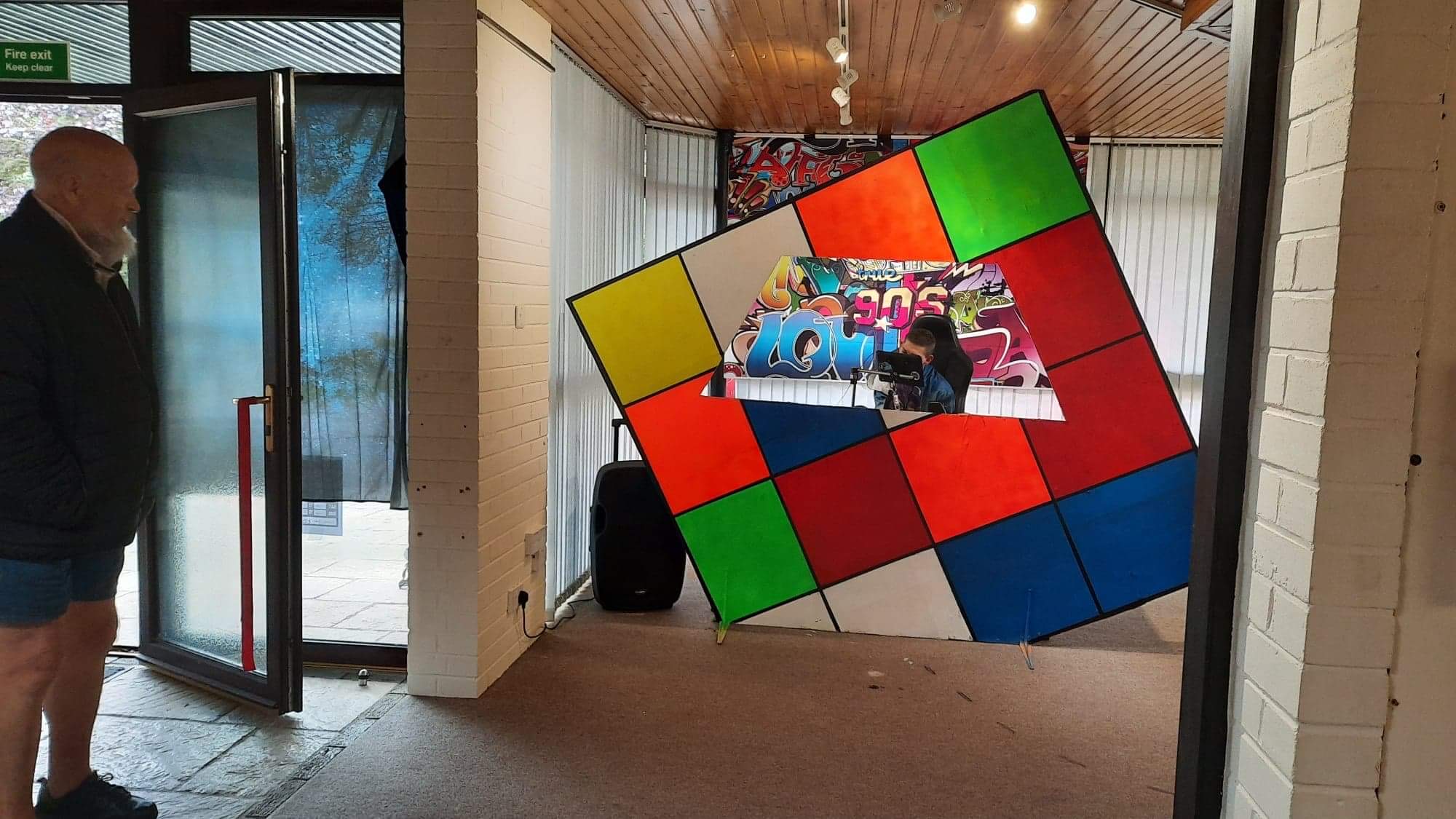 I was invited to the opening ceremony at Kidmenace Studios.

Mark wanted to open a professional studio to support and promote fellow disabled musicians. He found the perfect space that was once an arts centre to open up an accessible recording studio in Bath and West Showground.

Mark krayz legz Antony, a UK based rapper with spina bifida. His debut album was produced by New York’s well known hip-hop producer Anno Domini and he has worked on a record with Snoop Dogg, as well as other known artists such as Wiz Khalifa. What a talented guy!

I felt really excited and happy to DJ at the opening because due to the Covid pandemic I haven’t played since January to people, I have missed playing in company.

I loved the DJ booth it was a Rubix cube. I started djing for a hour but two hours flew by as I was having a great time playing good tunes. It was streamed live on YouTube.

In the future, I would like to be recording my own music in collaboration with other artists to enable me to play headline sets on epic festival stages.